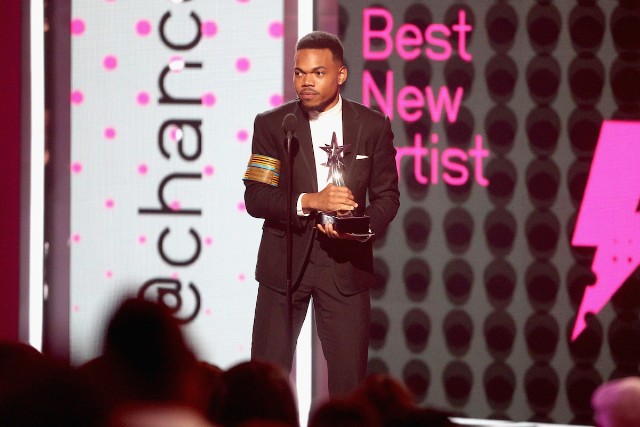 I usually could care less about watching the BET Awards, but I’m glad I caught it this year. It was inspirational, and shifting more toward substantial. There was a noticeable difference in what exactly black excellence is, beyond the flashy lifestyle and the glam.

A few things I picked up were some artists primary honor of the most high beyond the cliche. Some of the S/O's to God may have been generic, but I could tell a few of them were hard learned and sincere This time around the enlightened, efficient use of platforms to glorify more than the next project, but call for revolution and bring awareness to pressing cultural issues was also inspiring. There was a noticeable difference between which artist are more intrinsically liberated and naturally gifted. but instead of getting into the politics of it all, I'll just share a few of my favorite moments, because we all just came here to have fun anyway.

Big Sean's tech powered performance with the digital background highlighted to me the importance of "Black Excellence" aka "us" in STEM fields (Science, Technology, Engineering, and Mathematics) I was really feeling the multiple Big Seans and the automated pixelation he had going on. The lit part about it is not Sean by himself, but the engineers and scientist who know how to do all that. S/O to the people who we don't see working behind the scenes. STEM, not necessarily "cash" plays a major part in ruling everything around us, It's S.T.E.A.M. especially in this digital age, it's imperative to be familiar with it. STEM knowledge can help one "magically" manipulate the game in there favor, see "Sleight" but Big Sean had a pretty good STEM reference..." I'm all charged up and God is my source"...deep.

The elevation of Black Girl Magic is a game changer. The glow of Chloe and Halle, Yara Shahidi, and Egypt Ufule, the 12 year old fashion designer featured in the Ford ad is the fruit of self-confidence and empowerment that's been sewn by the conscious matriarchs of our culture.

From Michelle Obama’s tribute to chance the rapper to Chance the rapper... being Chance the rapper. Yes, let's "gas him up"!! I was for the most part unaware of his humanitarian work in the community. It was great to see the work being highlighted and him intentionally honoring the call to action in his path. It was reminiscent of Jesse Williams who adamantly used his platform to speak up at the previous BET Awards. Those dreamy eyes were looking up in respect as chance spoke. Solid!


Initially the aspect of Leslie Jones hosting the show drew my respect for this year's show. I caught it mid-way to find that yes she was loud, but had skits to emphasize what it’s means to work hard, not give up and go from zero to shero. Refreshingly, Leslie Jones is not the typical "Hollywood beauty" but owns her skin and knows how to be terrific in it. We saw, let's market that dynamic more, and "Lil Yachty in the yacht"!!! Very impressive.

Another thing is that as controversial as it sometimes is, in my coming of age is my recognition that weaves and lashes are a flyy girl rite of passage in some sense. "It takes money and time to be fly as a mutha" word to Daya. Who are we not to be flyy? As expected Lashes were everywhere even Michelle Obama was in on the action. Apparently blonde hair is trending everyone from Karrueche, to tiny, to tamar had platinum strands? Whether we're embracing our own beauty or trying on different ones, were just fly. Shout out to "My Black Is Beautiful" for giving all that grant money to worthy causes.


To overcome and excel, was the sentiment I walked away with from the show this year!
A vision black excellence peaking through and showing the ability to evolve in to something even more momentous is something I can be here for.

What was your favorite part of the BET Awards?
Posted by April Byrd at 7:48 AM