Breath Of Life Daily is happy to feature She Created iT's monthly artist spotlight and celebrate female artists and entrepreneurs. She Created iT is a platform to Promote, Produce and Educate Female Artists. 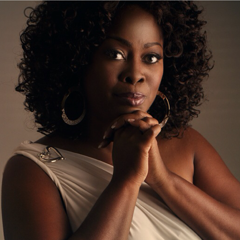 LaTosha Brown’s moving and powerful voice is featured on the YouTube video of traditional spiritual “I Know I’ve Been Changed”. The video received over 1 million views in two weeks and debuted on YouTube’s Top 100 music chart at #78.

In addition to being a soul-stirring singer she is also a community activist in the south. Recently, she received the “Champion of Change” award from the White House for her work in New Orleans as the director of the Gulf Coast Fund. The Gulf Coast Fund is a community-led philanthropy working towards a just and sustainable Gulf Coast region that funds and supports over 200 grassroots organizations. “Champions of Change” is a special series at the White House that profiles Americans from across the country who are doing extraordinary things in their communities to out-innovate, out-educate and out-build the rest of the world.

Ms. Brown has been a performer and cultural artist her entire life. At the age of 18, LaTosha’s high school jazz band called Impact, of which she was the vocalist, entered a statewide talent contest sponsored by a local radio station in Mobile, AL. The Grand Prize winners were to open up for The Beach Boys, who at the time were experiencing a career resurgence from their radio hit “Wipe Out” with The Fat Boys, at a major festival in front of 40k fans. The high school jazz band sent in a tape, and much to the chagrin of the professional Alabama music community, won the competition.

LaTosha Brown has been an award-winning community organizer and cultural artist for more than 15 years, but her life’s path was set long before it became her official job title. She states, “My first loves are people and music. I am extremely passionate about people and the music that inspires, moves and encourages the human spirit to persevere. It is for that reason why I study, collect, write and perform music from different genres. I am passionate about witnessing the power of music in other cultures around the world.”

pictures and bio courtesy of www.latoshalove.com