#Rescue2Restore: An Evening Of Music Event

From $150 to Priceless…
I know a young woman who once believed her value was $150. That’s the amount of money she was paid for 30 minutes of ‘work’. Let’s be clear. She didn’t get to keep the money; she had to give it to her pimp. You see, she was caught in the underground sex trafficking trade. At the time, she was 14 years old.
You may wonder how this sort of thing happens – right here in the U.S. of A. Girls are being approached near schools, at the mall, on social media, in neighborhoods and social circles by predators seeking to build their ‘business’. The story often begins with a cute guy in a smooth ride approaching a pretty girl promising a good time, gifts, freedom, and love. The promises turn out to be nothing but abuse and exploitation. 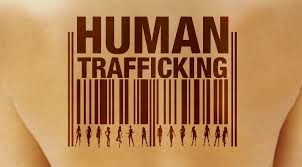 Often, human trafficking is seen as limited to foreign countries; but it’s a growing epidemic in the United States. You may think it’s not your problem; however, what affects one directly affects another indirectly. You may think that it’s on the ‘other’ side of town; but girls are being lured into the dark underworld of sex trafficking in broad daylight all over town. Pretending the problem doesn’t affect you is short-sided. It can trickle into your neighborhood without the slightest warning. The young woman in this story was able to break free and is now ten years removed. Her passion is to help other girls caught in the trade. She declares, “I used to think my worth was $150; now I know I’m priceless.”
A report, conducted by The Urban Institute for the U.S. Justice Department, looked at the underground commercial sex economy (UCSE) in eight major U.S. – Atlanta, Dallas, Denver, Kansas City, Miami, Seattle, San Diego, and Washington, DC. They aimed to uncover its magnitude. In their findings, Atlanta was ranked the top city with a $300 million sex trafficking economy. Let’s put it in perspective: that’s more than Atlanta’s illegal drug and gun trade combined. Further, they found on average pimps in Atlanta make $32,833 in cash per week and the average age of girls used in the sex trade is 14.
You can help stop sex trafficking by joining others in the fight. Plan to attend Rescue 2 Restore: An Evening of Music. Grammy, Stellar and Dove award-winning artists Daniel Winans (of the legendary Winans family, singer-songwriter, producer) Billy Dorsey (Outreach Pastor at Lakewood, singer-songwriter, producer with notable recording artists, including Lecrae, 2 Chainz, Pretty Ricky and Day 26); Deborah Hightower (worship leader, singer-songwriter, author); and Dr. David Cooper (Senior Pastor of Mount Paran Church) with Open Door Band will grace the stage in Atlanta on Thursday, October 2, 2014 at Mount Paran Church of God to raise awareness and benefit Wellspring Living (www.wellspringliving.org). Wellspring is a 501c3 organization whose mission is to confront the issue of sexual abuse and exploitation. 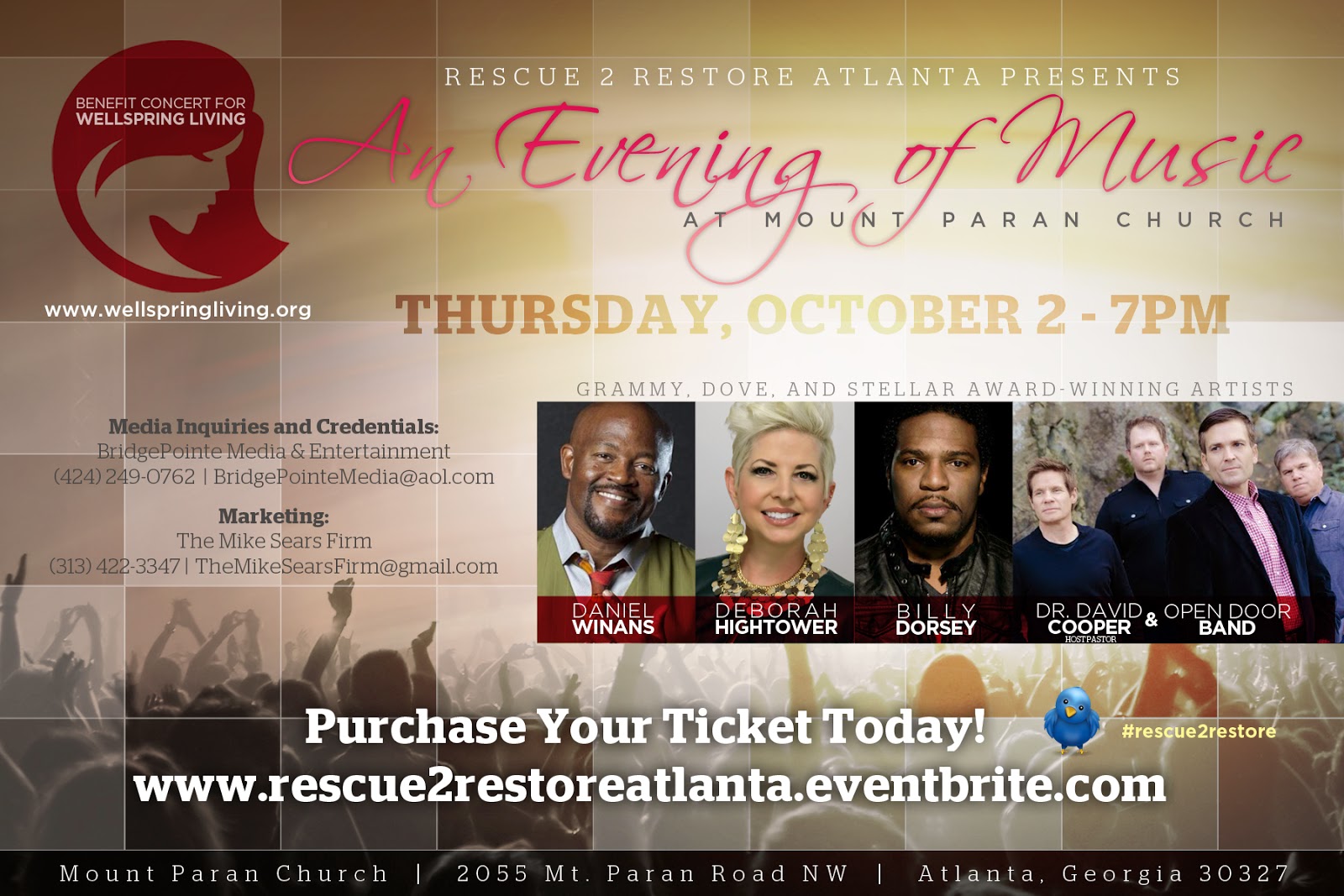