You Have A Promise Of Safety 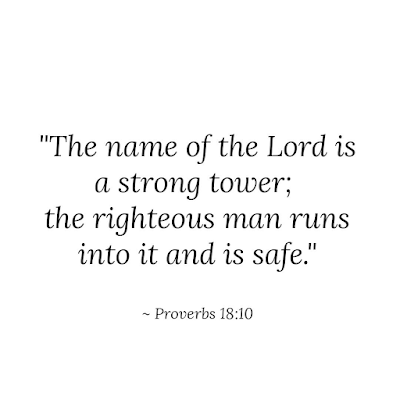 HaShem, one of the names referring GOD, His name being too Holy to be spoken.

"Hashem is a Hebrew term for God. Literally, it means “the name.” In the Bible the Hebrew word for God is made up of four vowels, and according to tradition it was only pronounced on Yom Kippur by the High Priest. Saying God’s name was considered a very serious and powerful thing, so much so that one of the Ten Commandments prohibits us from saying God’s name in vain. As a result, people have come up with various substitutions."*

The righteous, who have The Spirit of GOD in their hearts can. As the children of GOD when we run to name of The Lord we're protected. We're safe from the things that have no place in the presence of GOD.

The Lord told Abraham, that if he found fifty righteous people in the city of Sodom, he wouldn't destroy the city.*

To be righteous is considered by some as being "in right standing with GOD". Righteousness is a position that we can choose to be in, it's one we can work to be in. It's certainly one that we're protected in.

May we seek to live in the safety of The Lord continually.