Throughout the media Antoinette Tuff is "hailed as a Hero", because she is, and her courage is full of inspiration. Her heroism is one of the greatest examples of faith we've seen shared in popular media in a long time. 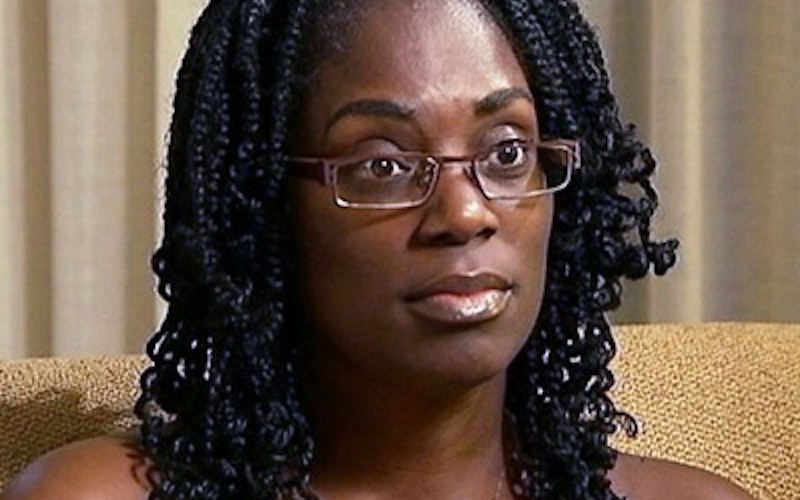 There was no groveling for mercy. No whining that her life be spared. Even though an armed gunman had invaded an elementary school, struck terror into the hearts of children and fired shots in the direction of police officers, she assured him that everything will be alright. She explained that the incident didn't have to end in death, that she loved him and that she too has struggled in life and had considered suicide.
What is more amazing, Antoinette exhibits the courage to lobby on his behalf to the police, taking up his cause as her own, even to the point of walking outside with him. She was poised enough to humanize the situation by giving details about her own family - her disabled son and her husband who recently left her after 33 years of marriage. As she shares her story, the gunman is moved to contact his own family and to talk with them amid this crisis.
Antoinette’s disarmingly kind words reshape the entire situation. This was no longer a terrorist threat against innocent civilians, but a broken man speaking with a broken woman about common hurts and pains. Michael Hill puts down his gun, lays face down on the ground, hands behind his head. The police are able to move in quickly and peacefully apprehend him. No one is harmed.


Her witness is sorely needed as many other educational institutions send the exact opposite message.
We learn what was going through Antoinette’s mind from an interview with ABC’s Diane Sawyer. When asked where she got the courage, she boldly professed, “I was sitting there just praying.” But these weren't last-ditch, “Hail Mary” efforts. Her prayers were informed by regular teaching she had received from her pastor at church. “It is bigger than me,” she proclaimed. “He is a hurting young man.” “I’m not the hero,” she clarified, “I give it all to God.” Though absolutely terrified and truly suspecting that Michael would take her life along with his, God helped Antoinette keep it together, in her words, “through His grace and mercy.”
I've taught lessons about all humans being made in God’s image and how God causes the sun to shine on the good and the evil alike. I've delivered lectures about the power of love and the deceptive security of violent retaliation. I've ranted about gun control and decried shallow answers to “What would you do?” scenarios, which proceed as if God does not act in history on behalf of His people and beckon humans to rely on their own strength and marksmanship.
But all those speeches seem hollow now. This woman’s testimony is so simple yet eloquent, so effortlessly intuitive yet genuinely heroic, an example of Romans 12:21 in action. Her witness is sorely needed as many other educational institutions send the exact opposite message.
Antoinette Tuff's faith should continually be heralded. It's what being BOLD is all about.

a version of this post originally posted by John C. Nugent. Read more on ThinkChristian.